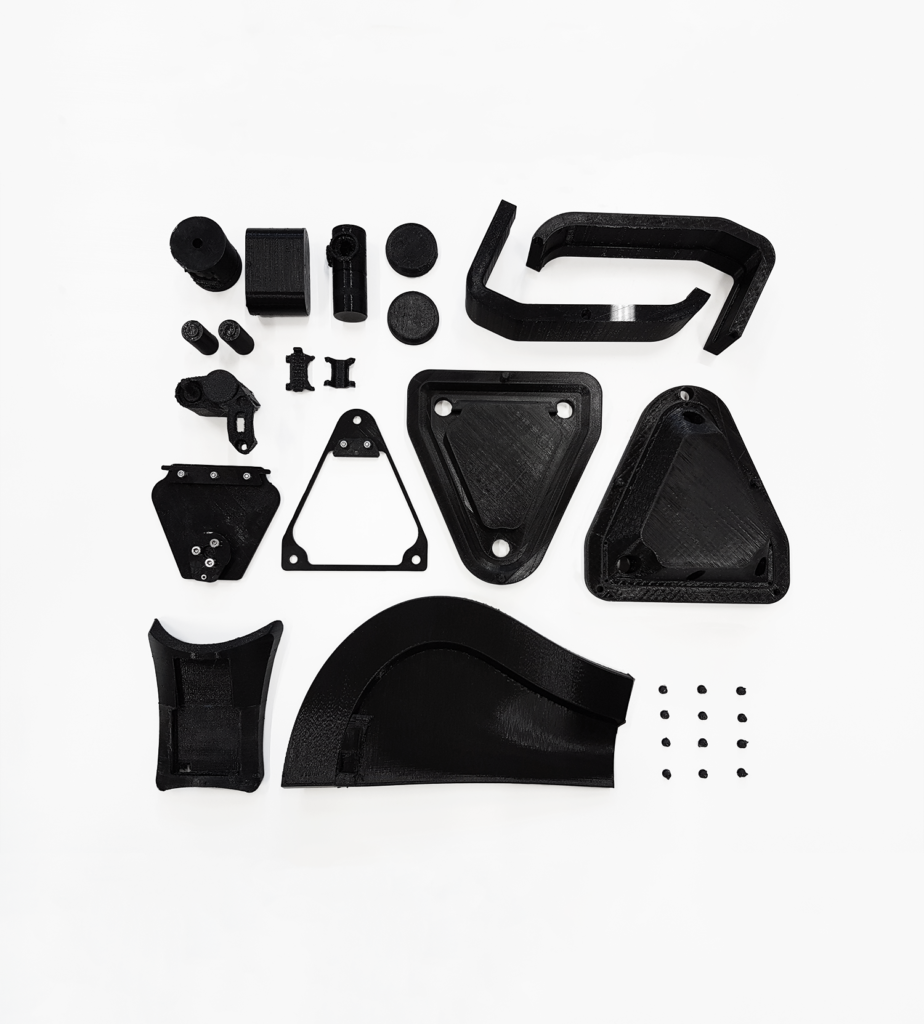 At the OUTERCRAFT agency, we make prototypes, every day, for all our customers. But what kind of prototypes do we produce? For what purposes? And, in particular, why?

The word "prototype" itself is not clearly defined. Is it the first part of a series? An iteration of product design? A mock-up? Or all at once?

To understand a word’s meaning, it is often a good idea to go back to its origin. "Proto" means "prior to", « before", and "type", from the origin "typus" means "sculpture" or "figure". A prototype would therefore be what happens "before the sculpture". Let us assume that the "sculpture" in our case is a marketable product. Before we get to the finished product, let's start at the beginning.

The basic idea, the concept, is often the starting point for all product development. At this stage, we have a specification, a defined need, and possibly the first paper prototype: a few sketches.

Our research phase for ideas and technical solutions is key. Prototyping, at this stage, is crucial. Sketches, diagrams and drawings are iterative prototypes allowing us to go progressively into the details of the design and definition of the product.

At this stage, we also often use partial prototypes. For example, in order to ensure the feasibility of a locking system, we will model and then print the system in 3D. Rapid prototyping brings together all the processes that allow us to obtain shapes and volumes quickly and accurately, with 3D printing being a tool of choice for most of our projects.

During the 3D modeling and product development phase, we can say that the digital 3D model is itself a virtual prototype. It allows us to test dimensions and to validate shapes and functions. We complete it by creating realistic renderings to simulate the textures, shapes and colours of the product in its environment. All this allows our clients to visualise the final product as accurately as possible.

Next comes the functional prototyping phase, the most detailed form of prototyping. Depending on the requirements, we produce a physical prototype ranging from a standard definition to a very high-fidelity prototype. Most often, the finish differs from the final product for the simple reason that the prototyping tools are not necessarily identical to industrial methods. For example, a plastic injection moulded part may be replaced by a 3D printed part for cost and investment reasons.

The aim of the prototyping phase is often to carry out usage tests. We therefore take particular care to ensure that the prototype comes as close as possible to the specifications of the final product. Sometimes it is only useful to validate one part of a product. Other times it is possible to split the whole into several "bricks" which we then prototype independently.

For example, in the WII TRAINING modular dumbbells project, we used many partial and iterative prototypes on the weight locking system. Once this was validated, we carried out the whole thing with production processes similar to those used for the future series.

Sometimes the purpose of a prototype is only to demonstrate the feasibility of a concept and to have a demonstrator. This prototype is commonly referred to as a "proof of concept". For this type of creation, such as SIMOB's Moonstart hubs, we focus our efforts on usage and functionality without paying attention to production constraints. The design and implementation of these "proof of concept" projects often differ from the final product, but the advantage is to obtain a functional system quickly, allowing us to show the concept to customers as well as to validate its operation and the market's interest in the product.

The last stage, the final prototype, is the one made with all the final production tools. We call the parts that are produced first « pre-series". Some adjustments are still more or less possible depending on the type of product. At this stage, most of the technical choices are made thanks to the previous prototyping stages. This stage allows the entire production chain to be validated (suppliers, choice of subcontractors, assembly stages, etc.).

So there are not one, but many prototypes, and for each project, we adapt our working methods to your needs, to produce your innovative products. So don't hesitate to come and talk to us about your project!